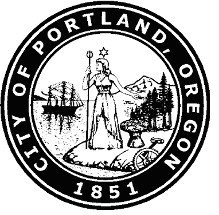 The City of Portland fosters a culture of wanting to shape your community, said Office of Neighborhood Involvement’s Paul Eisner, but he acknowledged there are fair concerns with development procedures, especially the notification process for demolitions and infill construction. He said the city is on the verge of improving the system, and surveys seeking feedback will be going out soon.

Eisner spoke Thursday at the Historic Kenton Firehouse last week during the ABCs of Land Use Planning, a regularly-held workshop. About 30 neighbors were given actionable information on the permitting process for developments. Eisner said most neighbors don’t get involved until they are personally impacted by development— but someone in your community has already done the homework on the options neighbors have to influence developments.

Participating in the ongoing update to the City of Portland’s Comprehensive Plan is critical way neighbors can get influence the development of their neighborhood, Eisner said. The update process is nearly finished and a draft will be released July 21, he said, but there are still opportunities for input. Developed in 1980. the state-mandated plan “sets the framework for the development of the city,” according to the Bureau Planning and Sustainability.

“If i was neighborhood association chair I’d be all over this,” said John Cole, senior planner with the Bureau of Planning and Sustainability, who also spoke at the workshop. “It’s an opportunity that comes along once in a generation effecting policy and land use mapping and investment strategies of the city that have a significant impact on livablilty of your neighborhood.”

If a neighbor receives a Land Use Review or Environmental Zone Development Standards notice— an official notice that a development is proposed— Eisner said encouraged them to contact their neighborhood association and their area’s planner. Amanda Fritz, Portland Commissioner and 17-year neighborhood association land use chair, put together this step-by-step primer for how to proceed.

Eisner said the notifications to neighbors don’t always come on time— or even at all— and that’s why updates to the permit notification process are being considered. Land use change proposals are tracked by neighborhood land use committees, but Eisner said the city is considering requests to allow individuals to receive those notices.

There’s also a push to update the permit notification system, Eisner said, but that will take about two years. He said it would take so long because they don’t want another Cover Oregon debacle (a reference to the failed Cover Oregon website). Portland is also streamlining the permitting process, he said. After a neighbor pointed out a streamlined process would give neighbors even less time to react to a development, he said streamlining the process would be balanced against neighbor notification.

Neighbors have limited influence on developments under the current system, but Eisner said there are two paths: one is procedural, the other is organizational. The procedural route examines the details of the development to make sure it meets transportation, fire, and environmental regulations. Appeals can be made all the way up to the City Council, but even then the council is making decisions based on the planning code.

The organizations route can (unofficially) influence City Council and/or pressure the developer to compromise, he said. Neighbors can also express concerns directly to the development. The sooner neighbors contact the developer the better, because they are less invested in the proposed design. Eisner gave an example of a neighborhood group organizing to stop a developer from cutting down walnut trees, even though the developer was within their rights to do so.

Several neighbors at the workshop expressed frustration at the current zoning system. One neighbor complained about the impact of demolitions on air quality, and another wanted to know why zoning didn’t prevent companies from transporting dangerous chemicals through their neighborhoods.

Eisner said if zoning isn’t meeting the needs of the residents, the policies governing zoning would have to be changed. The City of Portland instituted Public Involvement Principles in 2010, and Eisner said the city can be held to the goals. When a land use citizens advisory board was stacked with retired planners, he said the city’s Ombudsman Office stepped in after a complaint was filed.

Neighborhood associations and planners are working within legal guidelines, but this begs the question: do neighbors have a fundamental right to shape the way their neighborhood develops beyond a plan that is updated every 30 years? If a huge condo complex is planned nearby or a historic home is facing the bulldozer, I think that neighbors should be able to participate in that planning— and even have the right to reject developments.

The impacts of more traffic, rent increases, and changes to the character of a neighborhood that come with some of these developments are too great to deny neighbors’ input. I applaud all the hard work being done by neighborhood activists within the current land use system, but I believe the system needs to be more democratic and include all those impacted by the development of Portland.