Given how many watering holes there are in Montavilla today, especially along SE Stark Street, you might be surprised to learn that in early Montavilla there were only two— and then, there were none.

It’s a complicated story, in part a comedy of errors between rival saloon keepers, in part a drama of the “liquor men” versus the prohibitionists, which culminated in a vote to make Montavilla “dry”.

The first saloon was opened in 1892 by William Grimes, who was English by birth, in the Mount Tabor Villa Addition (a tract north of Base Line Road, today SE Stark Street). By 1894, he had relocated to the south side of Base Line, a lot at the east end of where the Montavilla Farmer’s Market (7700 SE Stark St) is now held. This saloon burned down in 1894, and by 1898 he had relocated again to the corner of SE Stark Street and SE 80th Avenue, where the Ya Hala Lebanese Cuisine (8005 SE Stark St) restaurant stands today. This saloon also burned in 1898.

The photo above shows the new saloon, Grimes’ 5-Mile House, a name referencing the distance from the Portland courthouse. (Some of you have no doubt seen the 5-mile stone post that still stands at the southwest corner of SE Stark St and SE 78th Ave.) Grimes added a second story to his saloon in 1904, an apparent sign that business had been good.

The man standing on the left in the photo above wears a long, white apron identifying him as the saloon keeper, so presumably this is Grimes himself. The photo not only shows us the saloon, but also gives us an idea of what Grimes’s Montavilla looked like: a few buildings, vacant lots, dirt roads, and a streetcar track (far left) ending at the saloon door.

A short distance from the saloon (on the left) is the Montavilla Methodist Episcopal Church, standing where the new church does today. This church would play a major role in the effort to rid Montavilla of saloons.

Saloon keepers who opened businesses in residential areas like Montavilla could expect opposition from reformers who hoped to cure the social ills they believed were caused by excessive alcohol consumption: mistreating wives and children, impoverishing families, etc. Protestant churches were major drivers of the temperance and prohibition movements and in Montavilla there were already budding Seventh Day Adventist, Methodist and Baptist congregations the day Grimes opened his doors.

Alcohol consumption was also opposed by organizations like the Women’s Christian Temperance Movement (WCTU), which began in Portland in 1881, becoming a statewide organization in 1883. At the Multnomah County WCTU convention of 1892, a Mrs. Rix reported on the efforts of the Mount Tabor Villa union to put Montavilla’s only saloon out of business by circulating a petition opposing Grimes’ application for a liquor license.

The law required Grimes to show community support for his saloon by gathering signatures of more than 50% of Montavilla residents who had voted in the last election on a petition. This he did, but the WCTU garnered even more signatures and he was denied a license.

So began the battle of petitions which would prevail for years. As a result, Grimes usually operated sans license and was repeatedly brought into court for serving liquor without a license.

The social reformers were not Grimes’s only aggravation. By 1900, Grimes had competition, when Captain Herman Schneider opened a saloon diagonally across Base Line Road from Grimes’s road house. By 1902, Schneider also had a beer garden, undoubtedly a big draw in the summer months.

A beer garden makes us think of Germany, and that is where Schneider was from. The Portland press usually referred to him as Captain Schneider, not because of his service in the Prussian army from 1864 to 1866, but rather because of his rank in the German Guard Fusileers, a private militia, in San Francisco. Schneider was a butcher from 1870 to 1881, but when he moved to Portland ran saloons downtown until 1894. Here, there is a gap in the historical record until Schneider opens his Montavilla saloon in 1900.

Grimes and Schneider were arch-enemies from the beginning. The first evidence of their animosity was reported in Portland newspapers in June, 1901. At that time, the two men, who lived near each other in Kinzel Park Addition (a tract south of Stark Street), got into an argument, resulting in one of them striking Schneider’s wife Katie. Each accused the other of the blow, but Grimes was charged and found guilty of assault.

Grimes’ saloon was also getting a reputation for being a rowdy institution. The Oregonian of November 28, 1901 reported that his saloon was allegedly a disorderly place and “a menace to the peace and quiet of the neighborhood”. Now, the fraternal societies of Montavilla and the Montavilla Sub-Board of Trade joined in the opposition to the renewal of Grimes’s license. Within three months The Oregonian was reporting that almost everyone in Montavilla was involved in the Grimes licensing fight.

Unable to get a license, in 1902 Grimes was charged, tried, and convicted of selling liquor without a license, and fined the minimum $200 amount ($200 less than the license fee).

In April 1903, The Oregonian describes a strange sequence of events involving pro-Grimes and pro-Schneider factions as well as temperance crusaders who formed a local Anti-Saloon League. 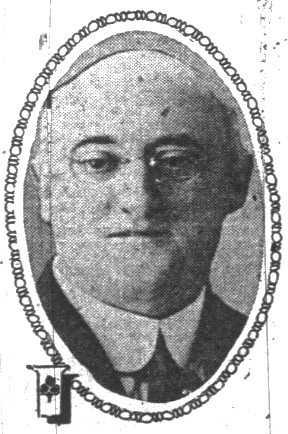 Those must have been strange meetings with Grimes-supporter W. C. Aylsworth singing “Throw Out the Life Line” and another Grimes-supporter D. W. Butler, giving a 30-minute harangue about the evils of intemperance, and yet saying Captain Schneider was the one they were after.

In fact, the prohibitionists were after both and they would gain the advantage when Oregon voters approved the initiative and referendum process on the 1902 ballot. With these new direct democracy tools, the Prohibition Party drafted an initiative that was placed on the November 1904 ballot. Measure 3 provided that a majority vote in each precinct within a county could determine whether that precinct would be dry or wet. Montavilla voted dry.

By 1907, Montavilla was joined by several other precincts, indicated by the shaded areas in the map below. Montavilla is Precinct 74 (formerly Precinct 66), on the far right.

This should have been the end of the Montavilla saloons, right? But, no. Grimes and Schneider continued to serve liquor, apparently skirting the new law with customer password orders, such as “soft cider” for beer and “hard cider” for whiskey.

In January 1905, the first violator of the new prohibition law was charged: it was made against Captain Schneider. He contended that his license was extended to June. However, the new law provided only a refund for the unexpired period. The jury found Schneider guilty, yet his lawyer pressed on with a series of defenses based on technicalities.

Meanwhile, Grimes continued to serve alcoholic beverages until he too was hauled into court in June, 1905.

Finally both Grimes and Schneider gave up the fight when they were threatened with jail sentences for a second violation.

Here’s a final irony: according to The Oregon Daily Journal of October 4, 1905, they probably still could have gotten away with serving alcohol “had not the jealousy of the rival roadhouse managers established a system of espionage that made it impossible for either to sell liquor without getting caught.” (There’s a lesson in there somewhere… )

And yet, the Anti-Saloon League’s gain may have been Montavilla’s loss. The Oregonian reported in 1904 that Grimes knew everybody in the community, that he was a progressive and that he was “foremost” in building up Montavilla.

Some apparently wanted to see Schneider’s saloon and beer garden reopen and prohibition was put to a second vote in 1906. However, the Montavilla “drys” prevailed again. On the same ballot, they voted in favor of Montavilla’s annexation to the city of Portland. Interestingly— ironically?—the celebration banquet for annexation was held in the beautiful garden of Captain Schneider, who was apparently a forgiving and civic-minded man. There was music, there were speeches and Montavilla’s famous Mount Hood cider was served.

You may be wondering what happened to William Grimes and Captain Schneider after they closed their saloons. Grimes and his wife Emma sold their Kinzel Park property in 1910; from there the historical trail runs cold. Schneider and his wife Emma sold their four lots on Base Line Road, including the saloon building. They built a 10-room house in Seaview, Washington, which they rented out in the summer, and Schneider went back to being a butcher.

If you have stories to share about the library, old photos of it or stories about other historic Montavilla people, places or events, please contact me at pat.montavilla.history@gmail.com.

Learn more about Patricia and read all of her “Montavilla Memories” articles here.