All photos by Midge Pierce

Ah Portopia. Despite missteps and growing misgivings that there is a fine line between progressive and regressive, we made it to another year.

Though the bloom may have left Rose City and we’ve gone from hip to needy with most of us suffering perma-stress, we continue to find comfort and joy in our art and general awesomeness.

In our efforts to make the world a better place, we court angst, anger, and unintended consequences like fentanyl. Bullish for sweeping change, Portopia has lost population and its storied shine.

The hubris of our Portopian ideals may be our undoing.

Instead of mending our own lanes, we rage on roads and in the online abyss about systemic and metaphysical gridlock, plus ever-altering traffic whorls and Wordle.

In 2023, Portopians face a choice: Dwell on historically bad old ways and days or revive the niceness that also once defined this quirky, imperfect city.

Classrooms confronting pandemic-induced disorder and other education crises curry creativity and hope. Teachers know that a city that nurtures its children, can dispel gloom and doom.

Portopians can learn a lot from our kids: Do unto others’ common sense and kindness outshine the chaos and conspiracies threatening devolution. In a post-truthiness nation, the school of hard knocks has taught us that neither narcissism nor nihilism deliver social justice.

If sometimes flawed, our intentions are good. We ghost the shamers and cleave to our pronouns. We tell outlanders “you do you” and focus on the DEI equanimity we do to a fault.

We fly our colors — and our contradictions — proudly, then dress in black which makes night driving a nightmare. 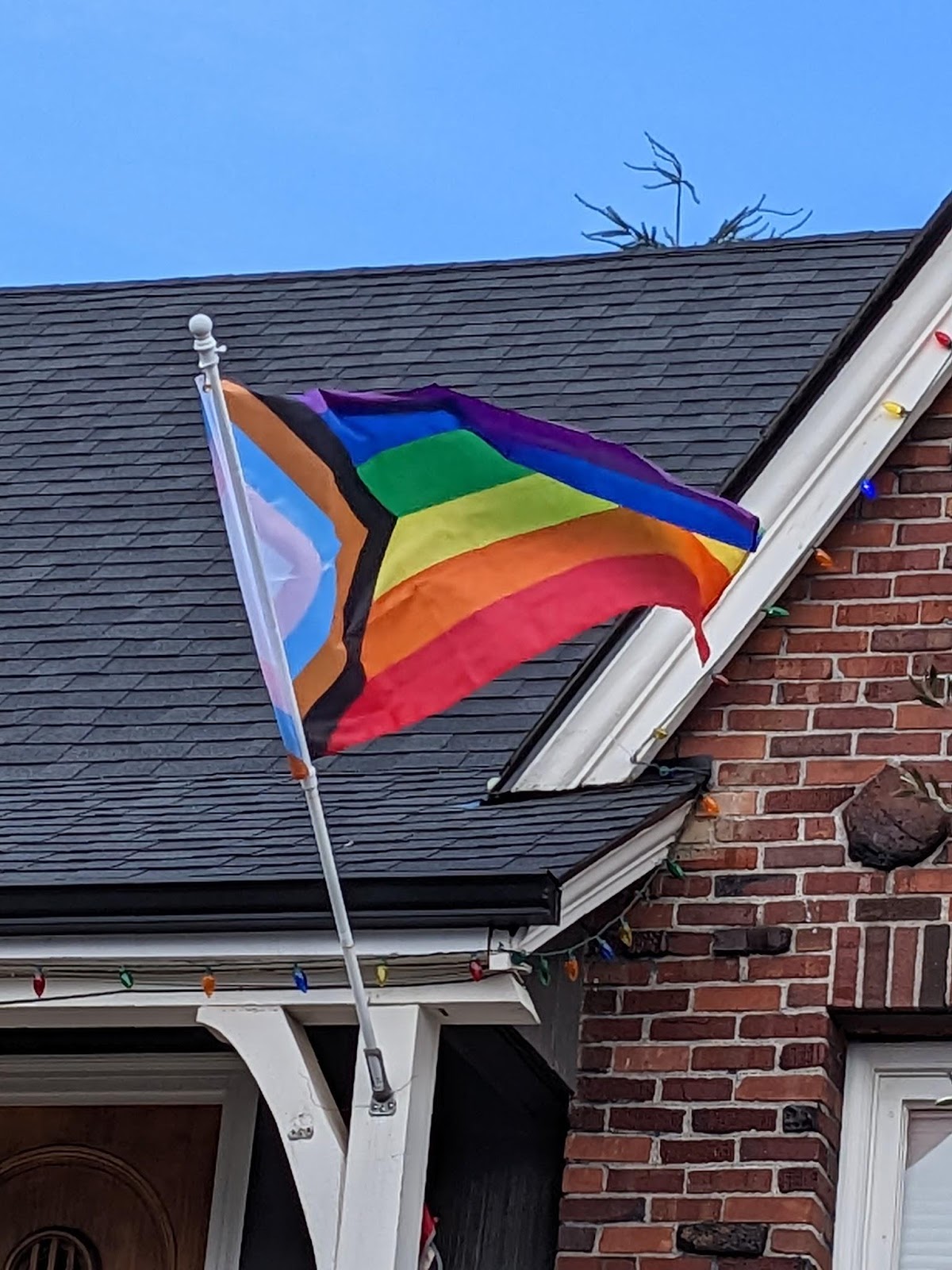 While the unboosted may have focused on 2022 as the Year of Megxit and the Slap, for those among Portopia’s Great Quit it was the year of the ASMR nap. (Google if you must.)

We drew inspiration wherever we found it and guidance from provocative Facebook postings that circled the globe, including a church billboard stating God’s preference for kind atheists over hateful Christians.

As Intel and our area’s tax base looked for safer, less prickly pastures, small shops closed their boarded up businesses.  Volunteers stepped up with paint to tone down damages or provide security patrols to stem commercial exodus.

On one hand, we grew tired of the intolerance of the tolerant and the tyranny of identity politics that push neighborhood associations from the civic table. On the other, we condemned the oppressive regime of homeowners who rake leaves and pick up litter.

Now, Portopians are left to wonder: Did we really do the right thing voting in Charter Reform no one understands and voting out the commissioner who brought us Portland Street Response? We wonder why we apparently have the nation’s highest local marginal tax rates, yet fail to hold government accountable for six-figure severance settlements. We wonder why once functional reservoirs lay fallow during a red alert fire warning while arsonists ran wild.

Because we fail to prosecute lawbreakers, we’ve ceased wondering why crime keeps rising. Our homicide rate is nearly twice Seattle’s.

Seeking distraction, we wonder about murders of a different kind — crows that dive bomb our umbrella-less heads and devour songbirds and baby swallows. (Yes, that’s a thing.) Even if they are Mensa members, crows are a menace.

To preserve our Zoomed-out sanity, we make resolutions and declare things we could do without such as Elon Musk and unlocked doors.

We apologize to the planet for booking that transcontinental flight and not trading in our gas stove.

Struggling with how to reconcile our most intractable troubles like houselessness with our progressive ideals, Portopians with minds far smarter than mine shared perspectives. One explained the difficulty of our “deep blue city” rubbing against suburban pale in a state with a new, minimal-mandate governor. The dilemma is exacerbated by the County spending millions for tents and tarps while promising permanent housing and services that fail to materialize.

Within the city, Portopians just want the sidewalks back.

A Washington, D.C.-transplanted Portopian predicts Charter Reform implementation will consume years. Shocked that City Hall is often closed, he proposes actually requiring staff onsite as a step toward citywide revival along with diverting freeway funds to transit and safety.

An activist blogger plans a deep dive into the status of those empty, luxury housing units we see everywhere in our “zero” vacancy city. Unearthing the hidden costs of financial speculation by Wall Street-heeled developers is part of her plan.

Parents express gratitude toward educators and urge the school district to raise achievement goals rather than lowering standards. They know that higher expectations breed better performance.

In a Portopia once renowned for its green canopy, re-upping the Friends of Trees contract and leading with climate policies that include a sustainability scorecard is on the wishlist of PDX Main Streets design chieftess who advocates for diverse, resilient, welcoming town hubs.

Landuse lawsuit-weary Eastmorelanders, joining the ranks of Portopians in rarified neighborhoods with nationally recognized history — for better or worse — are grateful their homes will stand the test of time.

Beyond all our faults and Covid-rusted-but-famed sense of irony, silliness is still serious business. Portopians spend our nest eggs on over the top decorations for all occasions that last far past their show-by dates. In shoulder season, we definitively ground the question of what happens when Santa unplugs his electric sleigh.

In 2023, Portopia is at a crossroad that leads too many out of town.

By year’s end, instead of fleeing our problems, let’s beseech Portopians of goodwill and reason to stay here to tend our dog parks and gardens, cherish our cherry trees and nurse the bloom back on the rose.